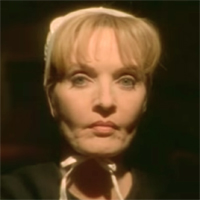 The character of Eliza Winnow is one of the most important and central characters in the Battlestar Urantia story. The only daughter of Lassen and Glynnis Winnow, Eliza is from the colony planet of Emilon, which was settled and established by one of two groups which broke from the Thirteenth Tribe's caravan to Earth, citing dissatisfaction with the length and difficulty of the journey. Eliza is from Nancassett Township, where her parents still live. Nancassett Township is part of the "Gladmyston Region" of Emilon, which includes Gladmyston Glenn, Gladmyston Harbor, Nancassett Township, and Ponder's Ferry.

Originally, it was Eliza's parents that were supposed to participate in the pilgrimage to Kobol, but issues with her elderly father's health prompted her to go in their stead, so that her mother could tend to her father's needs. Eliza is a passenger on the "Sepia Moon" - a very small cargo transport ship, which has been chartered by the pilgrims for the voyage. It is on board the Sepia Moon where Eliza Winnow first meets Commander Tyler Standish, of the Battlestar Urantia.

Eliza Winnow becomes an extremely powerful influence in Tyler Standish's life. As the two grow closer together, they discover that they not only love each other, but need each other to survive. The two end up saving each other from certain death, Eliza coming to Standish's rescue in his darkest, most desperate hour, and he comes to her rescue in her greatest hour of need. Very shortly thereafter, the two are married in a traditional Emilon wedding ceremony, held on one of Urantia's hangar decks. Near the end of the story's fourth "season", Tyler and Eliza Standish leave Urantia and the fleet and travel back to Emilon to build a life together.

* My visual inspiration for the look of Eliza Winnow is the appearance of Florence Henderson in the "Weird Al" Yankovic music video "Amish Paradise". 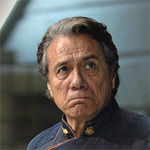